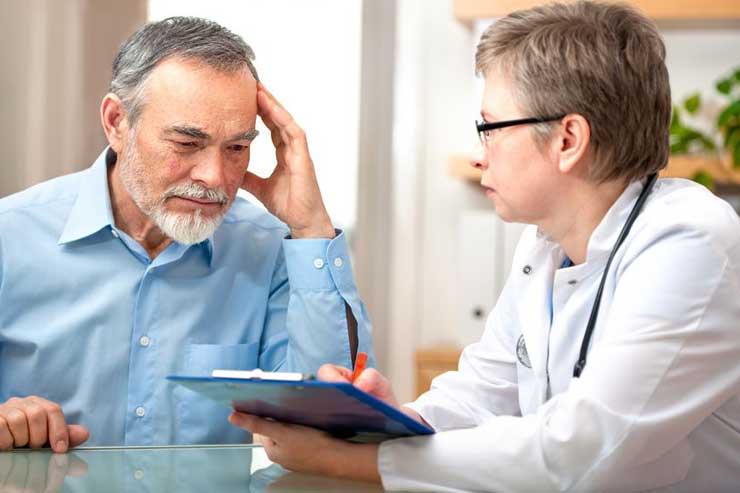 Being a patient with CIDP/Autonomic PN for over 45 years due to exposure to Agent Orange in Vietnam, this is a subject with which I have a lot of hard earned experience.

So, let me be clear. The over two hundred doctors I saw for my symptoms from 1969 to 2003, including those noted below are highly trained medical experts. So what was the problem with getting an accurate diagnosis and treatment during those decades?

For over three decades, upon complaining of symptoms since 1969, I was told by the doctors, “All tests are normal”. They implied, and I assumed this meant, I did not have anything wrong or did not have neuropathy.

One neurologist in 1979 did hedge his opinion stating “probably not neurological.” The word ‘probably’ without providing a medical opinion as to what may be wrong was not very helpful. So what was the problem?

In 1983, fifteen years after the horrific symptoms began; I became upset when the doctor said to me, “Why do you want something to be wrong?” Now I knew something was wrong and I wanted it fixed? Of course the doctor meant it was a mental problem and I concluded at the time I surely must be crazy. So what was the problem?

In 1999 after a doctor finally told me I had idiopathic peripheral neuropathy, I was sent to an expert neurologist who tested my reflexes and with compression on the leg he managed to get reflexes. Based on his special reflex test, he dismissed the diagnosis of idiopathic peripheral neuropathy, stating “patient has reflexes upon compression – patient is claiming to have something he does not have”, almost destroying what remained of my mental stability!

Not until years later did I understand that even the diagnosis that included the word ‘idiopathic’ was part of the problem involving the lack of clinical medical training in understanding the tests and what they do mean or do not mean or measure!

A neurologist in 2005 seven days after receiving gamma globulin for my diagnosed condition and at the peak of the infusions positive documented effect on my neurological illness, dismissed the diagnosis stating, “I cannot find any reasons for patients symptoms.”

Today, we have come a long way in the increase in information on Neuropathy, the increased understanding of neuropathic pain, and the skill of physicians to interpret the tests that are available.  But it still takes a highly trained neuromuscular neurologist with special training in this area to diagnose and treat neuropathy.  To understand the complexity of getting a diagnosis, perhaps read what Waden Emery III, MD Clinical Neurologist states about What is Neuropathy?

So the question I asked was – if you have neuropathy – so why are tests normal?  Thank heavens that because of the hard work of many, we can answer that question clearly.

Here are TEN CURRENT FACTS every neuropathy patient must know!

FIRST, there are no objective tests for diagnosis of neuropathy and early in the illness; the doctor may have only your medical history and a subjective description of your symptoms.  The current tests measure any damage to the large or small fibers, axon or myelin, and whether it is a single neuropathy or a polyneuropathy (affecting many nerves).

SECOND, neurology does not have the tools to diagnose peripheral neuropathy objectively, UNTIL damage can be measured or its affects are seen on the body (i.e. deformed feet in CMT, GBS patient can’t breathe, MMN patient can’t move an arm, or multiple issues with digestion, urination, sweating, etc.- See Dr. Norman Latov’s book for definition of acronyms.)

THIRD, peripheral neuropathy is diagnosed by ruling out possible causes of your symptoms.  The tests done only look for that cause, not whether you have neuropathy or not, thus many tests are normal!   Yet the type of neuropathy, which can often point toward a cause can be determined by these tests and the neurologist must indicate the type, not idiopathic which is not helpful.  The failure to find a cause from the tests conducted rules out that cause, not your neuropathy.

FOURTH, testing is done to determine any measurable damage to the nerve or covering of the nerve and perhaps point to the possible type of neuropathy, not whether you have peripheral neuropathy or not.

FIFTH, most objective tests only determine the extent of damage to the peripheral nervous system, but if you have no or little damage this does not rule out a peripheral neuropathy, as it many chronic progressive neuropathies it can take years before damage can be measured.

SIXTH, the medical literature, including statements by Dr. Norman Latov of Columbia University, note that in Peripheral Neuropathy, reflexes may be absent or diminished, but not always, so alone this is not a standard for diagnosis of or dismissal of neuropathy.

SEVENTH, symptoms including painful skin on touching or sensations of pin prick, or sensitivity to hot or cold, as well as other symptoms, remit and relapse in patients with peripheral neuropathy and thus are only reliable for diagnosis when correlated with ALL available information including the patient’s medical history.

EIGHTH, treatment by gamma globulin does reduce the symptoms of immune-mediated neuropathies and this positive response confirms the diagnosis, thus a physician should not dismiss an existing diagnosis based on the absence of the symptoms following the infusion of gamma globulin or other effective treatments.

Pam Shlemon, President of the Foundation for Peripheral Neuropathy is working with researchers to deal with the problem that very few research projects even make it to phase 3 trials and the question is why?  Hopefully, her team will discover some answers and provide better direction for research.

An early diagnosis of the cause of a neuropathy and approaches to treatment are critical for many patients to prevent serious disability or worse from damage to the peripheral nervous system.

One could call these the TEN COMMANDMENTS for diagnosis of peripheral neuropathy!